Twenty things you wish you didn't know about me, but I'm going to tell you anyway!

Twenty things you wish you didn't know about me, but I'm going to tell you anyway! 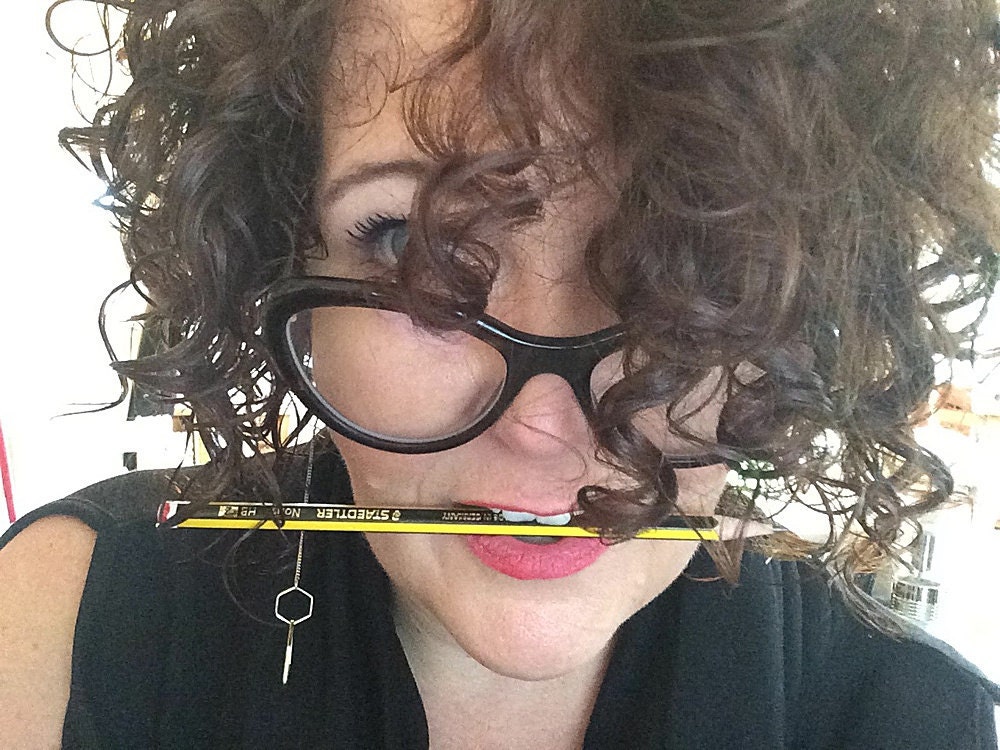 Good Morning to you!

I'm sitting at my kitchen table, with my faithful dog on the chair next to me, wondering what the hell I can write my first blog about!  People say to write about your passion, talent, or share a skill with the world!  I don't think I'm brave enough to do any of the above, but I can begin by telling you twenty things you probably don't need to know about me!

1. Whilst I love mornings, I am unable to communicate to other humans until I've had at least two mugs of strong fresh coffee!

2. I love new shoes!  Who doesn't?  But I bet you didn't sleep in them when you were little like I did!

3. I was a really really ugly child!  When I was little I looked like a boy!  I hated how I looked, even when I wore nail varnish little old ladies would pat my head and comment on what a nice lad I was!  Older girls in my road teased me and called me Eric!

4. In my head I am still far younger than my body!  In fact, the older I get the worse my behaviour becomes!  I don't need to be asked twice to party until silly o'clock in the morning, even thought the hangovers last 2-3 days!

5. I love Rugby League and have season tickets for Warrington Wolves!  However, even though I've been going since I was 14, I still couldn't tell you anything about the game itself!  I just like watching scantily clad men running around really!  Oh and I've styled and organised the photography for several naked calendars!  I will include a photo or two for this bit! 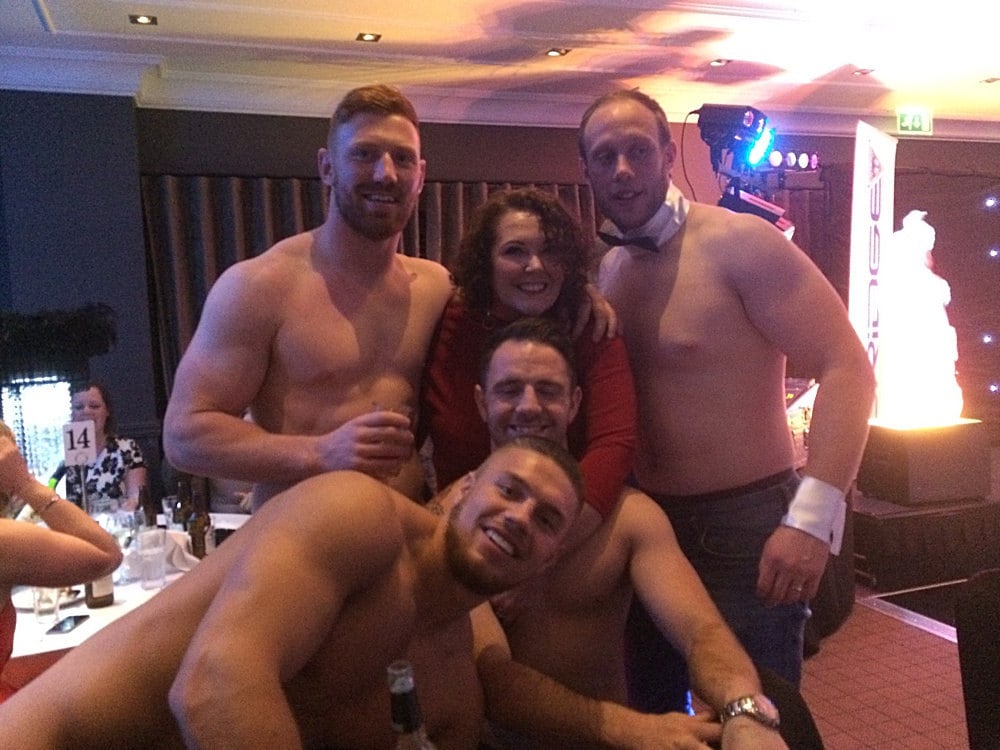 6. I'm not at all competitive, in fact, I am probably quite lazy!  However, if someone tells me I can't do something, then my stubborn side kicks in, and I will become determined to prove them wrong.

7. I make a mean carrot cake and a fiesty lemon drizzle!  I'd love to go on 'The Great British Bake Off' or 'Come Dine With Me', but I'm too afraid that I would make a total pratt of myself!

8. Most of my childhood photographs are of me naked and either next to, under, or inside a cardboard box!  Usually only wearing wellies and a hat!  No change there then!

9. When I was eight years old, I asked for a 'Girls World' for Christmas.  Secretly it was all about the hair!  Imagine my disappointment when the hair didn't come off - I had planned to wear it as a wig!  (I still love wigs now but will expand on this if you can bear to read on!)

10. I am terrified of snakes - and have absolutely no intention of ever trying to overcome this!  After watching Jaws I was a bit scared of the sea, but that didn't last very long!

11. I wasn't allowed any pets when I was little.  I had hoped to keep a horse in the shed at the bottom of the garden but no chance!  We had a goldfish that was a gift to my brother from our godparents and it lived for about 20 years!  It turned white in the end.  We now have a dog and two cats, we did have another dog, two rabbits and fish but they died.

12. Music wise I will happily listen to anything!  Radio 2 is my station of choice!  I don't really like pop concerts as it all gets a bit squashy, I much prefer the theatre - far more civilised with your own seat, a bag of sweets and less sweat.

13. I still occasionally wee in the garden.  After all, I did say I'm rather lazy!  When I can't be bothered to pop into the house, a good old bob-down outdoors is good for you!

14. Flying is great!  Especially airplane food!  What's not to like?  It's a bit like being in hospital - which weirdly I also don't mind.

15. I only have one kidney!  Yes!  One!!!!  And no, I didn't lose one, I just never ever had two!  I only found out between having children and now I come to think of it I should have looked after it a bit better when I was younger!

16. Painting and drawing are my passion!  A day without creativity is a day wasted!  If I don't make anything for a while then the urge to make something takes over and I begin to obsess!  Pinterest and Amazon now make this dangerous, as it's far too easy to buy materials on line.

17. I used to be our local pub's Darts Team.  I was probably crap but kept turning up on a Monday night for the free sandwiches and chips!

18. My notebook goes everywhere with me!  Plus a pack of felt tip pens.  It's far trendier now if I call it a Bullet Journal!  What can I say, I have a passion for all things pen, paper and print!

19.  Soaps!  What's not to like!  Although I have no time for 'Eastenders' - far too shouty and miserable for me!

20. My hair is naturally curly!  This is probably where my wig obsession came from!  I would wear a wig everyday or certainly to cover up bad hair days, my only fear is that someone would pull it off and I would look like a right muppet! 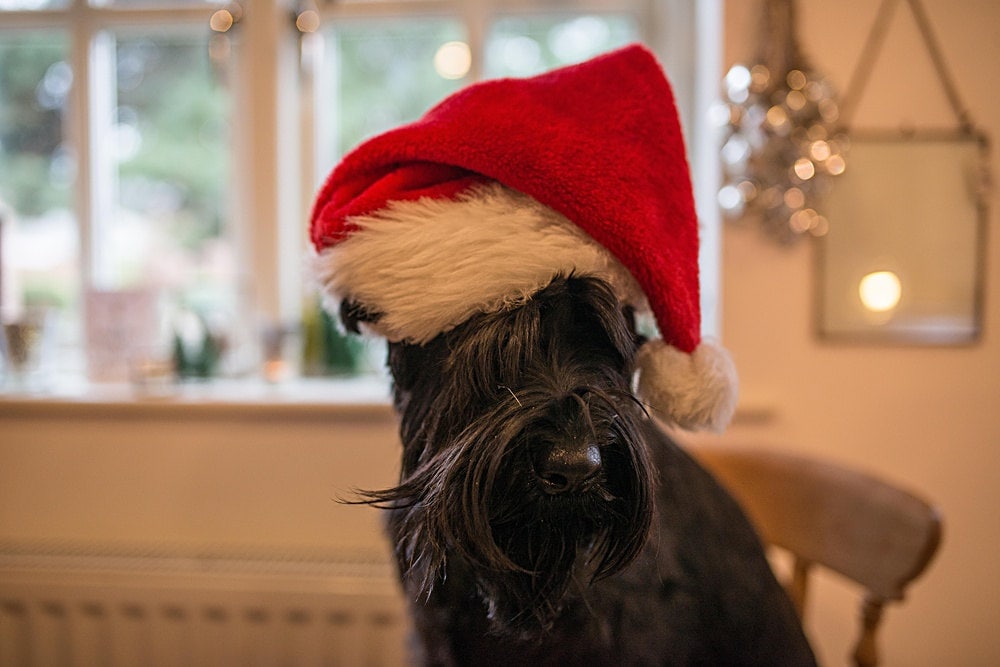 So...that's me in a nutshell, warts and all!

Well nearly all - I absolutely flipping love Christmas!  But that's for another post...

I'd love some feedback so please leave nice comments