Ten things I did in the 1970s that I would never let my Kids do!

Ten things I did in the 1970s that I would never let my Kids do! 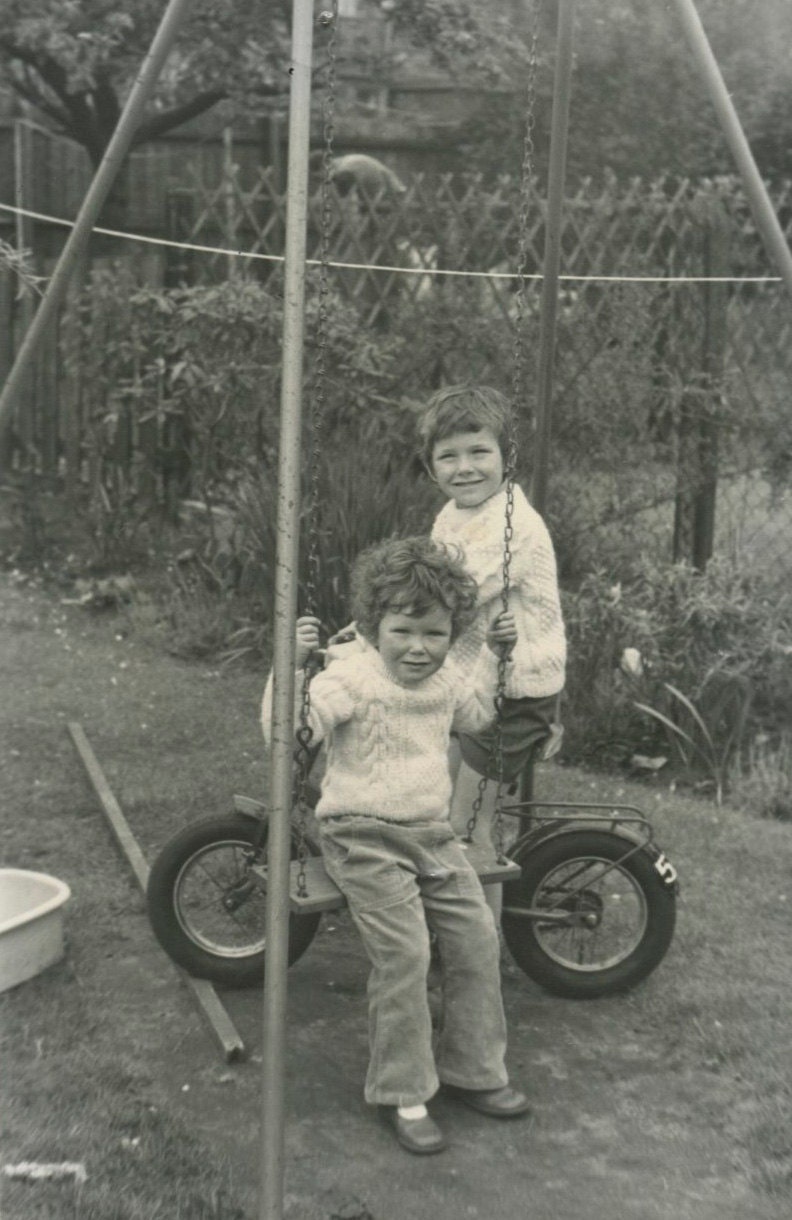 There are certain things that really trigger childhood nostalgia in me.  My own children don’t believe me when I tell them that there weren't any TV programmes in the afternoon when I was a child.  No way of recording programmes. You  watched live or not at all.  When the test card wasn’t on there were only three channels!  Instead of being stuck inside, glued to a TV, laptop or screen we actually played out!  Even in winter we stayed out until our parents finally shouted us in!  Part of this feels like a trip down memory lane, whilst the rest feels like a confession!

We were lucky! We had the total freedom to play out unsupervised!  This rarely happens now, apologies to the new breed of helipcopter parents!  No one is comfortable  letting their children out of their sight anymore.  Today we protect our children from all that is  bad in the world and we, as parents,  personally escort them everywhere they need to  go.   They simply don't have the same amount of independence that we did.

So, here goes a celebration of those wild years of unsupervised play and the mischief me and the friends in my street got up to!

1. Playing out!  This was the best time ever!  You would knock on your pals doors, up and  down the street asking if so and so was allowed to “play out?” In the  '70s, fun was made using only a ball and the edge of the  pavement, or possibly an old pair of your mum’s tights, (remember elastics?) playing rounders on the field or racing up and down the  streets.  Kids played on bikes, roller skates, skateboards and the like in real life rather than electronically.  On a bike, nobody wore a helmet in the '70s.  You would be bullied and made fun of for the rest of your childhood if you were seen wearing one.  In our street there was an old air-raid shelter, with concrete rooms inside and a grassed roof.  Endless play, jumping off the roof, dares and other escapades!

2. Sweets! How good were sweets back in the day? After a busy morning playing at the local park, risking near death on the witches hat with nothing but solid concrete to save you, what would be better than a dash to the nearest newsagents to stock up on your favourite penny sweets!  Curly wurlys, Cola cubes, flying saucers and space dust to name but a few. And how our ears were finely tuned to hear that joyous  jingle of the ice-cream man!  Our’s was Curly top and how we loved a 99 icecream with sherbert, blood and snot!  One of my earliest ambitions was to be an Ice-cream van Lady!

3.  If you remember the number 01 811 8055, you must have  been a Swap Shop fan. Children could swap their belongings with others, which was a wholesome premise that we can still appreciate now. That is ,however,  if your parents’ allowed you to actually use the phone, a trim phone in our house, fixed onto a telephone table located in the hall at the bottom of the stairs!  Strictly out of bounds, we weren’t allowed to use the phone so instead we made free use of the red telephone box at the end of the street!  Without 10p you couldn't really do much, apart from occasionally daring each other to phone 999, but you could call the number 16 and listen to a few seconds of that day's chosen song! Dial a Disc!

4.  Pea shooters!  These may have been a craze across the country or just in our road but this simple plastic tube kept us happy for hours.  We picked berries from the trees to fire from them, until a lovely eldely neighbour brought us back a huge bag of dried peas from the local shop,  Dickensons, if you remember it!  As long as you didn't suck and just blew you were safe, far safer than the most probably poisonous berries!

5. Our street was ace!  I loved where I grew up!  We had everything and got up to far too much mischief!  There wase the obligatory  witch’s house - every road had one and ours lived in a scary run down house with a gooseberrry bush outside her drive.  No body every ventured near her front door and if a football was lost then it was lost for good! We also loved playing Knock and run .  I really don't know how we didn't get into more trouble back in the day as we usually played this on neighbours or on the houses of our friends who weren't allowed to play out.  They must have known it was us, unless we really were good at running and hiding!  This brings me swiftly on the to the next post

6. Whatever happened to Joke Shops?  God I loved joke shops and especially the one in Latchford where we were allowed to explore the shelves and endless possiblity of trouble.  I was particularly envious of my brother's invisible dog lead!  We weren't allowed a dog but the idea of an invisible dog to walk was the best ever!  I think they had one on Tis-Was.  Of course you could buy fake dog poo, bangers, chewing gum that turned your mouth black, itching powder, and whoopee cushions to name a few of the more memorable items.  I hated stink bombs, they were often set off in school and stunk of rotten eggs, which made me gag!   However, I still managed to egg on and encourage others  when they suggested combining knock and run with stink bombs.  Simple really as you popped a stink bomb through the lettebox and then you'd knock on the door, hiding behind a bush or neighbours wall, we would wait for the door to be opened, the subtle crunch of glass and then the roar as the stink would waft to the nose of the home owner.  I gag as I write this! Horrid times!

7. There was one house in our road that had an actual swimming pool in their back garden!  Can you imagine this!!!  This came in especially useful during the hot summer of 1976!  This was the longest and best school holiday ever!  You could fry and egg on the bonnet of a car and even the tarmac bubbled under the heat!  (And an awful lot of white dog shit, but I digress!) So, when this particular neighbour and their family ventured out in their car, word spread like wild fire and we leapt over and scrambled under hedges to reach their garden to jump with sheer delight into their pool!  I don't even think we had costumes, just our pant and knickers.  This did need someone to be look out!  The first sighting of the family returning sent us all legging it out and out of sight, leaving trails of wet feet behind us!

8.  And no-one had a clue when it came to health and safety.  We sat in our mum’s lap in the car and seat belts didn’t exist.  We stood up and stuck heads out of the sunroof.  Dads worked all day and came home at a set time, this was the only time we couldn’t safely play in the road.  Instead me and our kid would wait at the top for road for my dad to return home in his Beetle.  It was orange with denim seat covers!  He would stop briefly, just enough time for me and my brother to stand on the running boards, on the outside of the car, clinging on for dear life whilst he drove the rest of the way home!  Babysitters didn't exist, my mum and dad used to drive to the pub in Grappenhall village and leave us in the car with a  bottle of pop and a packet of crisps whilst they sat inside, usually a packet of salt and shake!

9. Life inside the home was pretty good too!  Dads went to work and mums stayed at home!  Life really was good!  Home furnishings were mostly orange and bathrooms were in avocado green!  Even the kitchen appliances came in crazy colours!  My mum was a wiz at macrame and our home was filled with string!  Your house was hardly a home if it didn't have a macrame owl, and plant hanger, obviously.  Connect Four was a new craze and never seemed to get boring, as was playing 'Pong' on the original Atari console that plugged into the telly!  Spaghetti Bolognaise was exotic as were vesta ready meals  and pot noodles!  A treat was chips in newspaper or chicken in the basket.  When it was time to watch Happy Days or Doctor Who, your parents got the sofa, and you and your siblings got the floor, running your hand through the shag carpet.

10. There were lots of good adverts on TV back then, the 'Milk Tray' Man and the man sneaking down in the middle of the night to get 'R. White's lemonade' out of the fridge. Everything from Smash to Monster Munch! The ads were as good as, if not better, than the programmes!  We didn’t seem to get homework back then, we played out, watched telly or downloaded the top 40 by recording them onto cassette from the radio.

This was the year of Grease, Superman and Watership Down! BoneyM, Showaddywaddy, Rose Royce, Gerry Rafferty, The Darts, Blondie, The Boomtown Rats, Kate Bush, The Bee Gees and Abba were in the charts! Remember Father Abraham and the Smurfs?   God life was good!  We all have fond memories from our childhoods,  particularly from those seemingly never ending summer holidays, many of the things I’ve chatted about  are actually still around or obtainable. Perhaps we don’t use our summers to their full potential anymore!

Previous Post Ten reasons why Primary School rocked in the 1970's
Next Post My Top Ten Video Nasties of the 1980s!
0 items in your cart