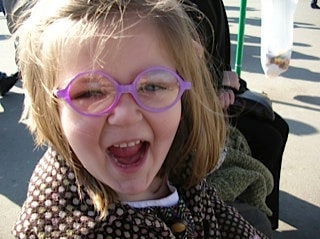 Jokes like this one were the only time anyone really mentioned dyslexia when I was growing up as a teen in the 1980’s.  Now, as a parent of two dyslexic girls, it still makes me smile but at least I like to believe that we have all moved on a bit from the jokes and are all a little bit more educated and aware of what this is all about.

As a parent I saw my eldest daughter struggle at primary school from a ridiculously early age!  Whilst she sat quietly in the classroom she simply wasn’t able to work at the same speed as her classmates.  She didn’t grasp reading, maths or even telling the time like her peers.  At parents evenings the teachers had nothing but nice things to say about her, “I wish we had twenty Emily’s in the class”, “she is polite” and “causes no trouble as her behaviour is excellent”, “she is kind , sharing and caring”

Whilst I questioned her academic progress I got nothing back, nobody would confirm or listen to my concerns.  Surrounded by 30 other pupils all demanding the teacher’s attention Emily was happy to daydream and pass away the hours watching others answer questions in class before she had even had chance to process them.  Perhaps it would have been easier or better if she had caused problems, misbehaved or was disruptive, as then at least she wouldn’t have been ignored or worse still, over-looked.

I knew that something was wrong but couldn’t find anyone that could help me.  As a final straw we changed school, we paid for smaller class sizes and teachers that had more time to spend with her.  We even dropped her back a year as without the basics how can you build without a firm foundation.  We were lucky that we were in a position to pay for this, however we did forego holidays and our money went into education instead.

We took a risk and moved schools not through vanity or to show the world that we had money but because as a secondary school teacher I appreciate the value of education and without GCSE Maths and English your future options are severely limited.  Had we not done this for Emily then we would have most certainly had to make the sacrifice for our second daughter, Hattie.

I could not imagine two siblings being more different.  She had speech and language difficulties from an early age, caused by glue ear, and needed glasses from the age of 3.  Hattie was a delightful toddler, bright as a button, so much so that she had us all fooled that she could read.  Yes, she could memorize stories from an early age but she couldn’t actually read or write!  And Yes she could ask questions and predict outcomes but she saw letters as pictures.  I only picked up on this by chance as I noticed that she copied words and letters exactly as they were formed, a true artist in fact.  Every letter and every font was a picture and she had no idea that there were 26 letters in the alphabet, to her there was an infinite number. 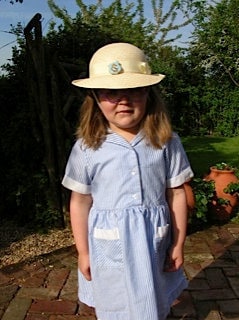 At a time in her life when everything was based around play, she was happy however when it came to any kind of academic testing she was off the scale, at the bottom end, not the top.  She could neither read nor write and as a parent and teacher how was I going to be able to ‘mend’ or ‘fix’ my child.

It wasn’t only reading and writing that was going to cause sleepless nights, it was other things too.  She had no grasp of danger, her hand to eye co-ordination was terrible, she struggled to learn to swim and found it almost impossible to ride a bike. It was then that my research went into over-drive, my daughter was not only dyslexic but also dyspraxic and had dyscalculia too.  Her fine and gross motor skills were equally shocking, she had speech problems and to top it all she has hypermobility in her joints.

There were more tears and tantrums but this time is was me!  What had I done in pregnancy to cause this?  What had I done wrong?   The answer, absolutely nothing but that wasn’t going to help me to help and understand my daughter’s inability to grasp the basics needed to live a full and happy life.